The third US Open Pickleball Championships held in Naples, Florida is now in the record books! Each year this tournament has shattered the record for the most participants in any single tournament. This year’s record was 2,047 players, ages from 10 years old to 91 years young. Players from 47 states and 17 countries sweated and battled away, but always found time for lots of laughs and good clean fun!

Did you miss the action?

Or maybe you were there and need a recap of the action that took place. CBS SPORTS NETWORK is airing the following events for your viewing pleasure:

I was lucky enough to talk with Terri Graham and Chris Evon, founders and executive directors, who created this tournament. I asked them to share a few things that were new in 2018, what was successful and what we can look forward to in 2019. Here’s the scoop on what they shared:

“The #1 area I think we all noticed a difference between year one, year two and the third year was the amount of spectators. We knew we were going to have 2,000 players throughout the week but we didn’t realize the amount of spectators. People that just decided to fly down to Naples to be part of the pickleball party! I would dare say we had somewhere between 8,000 – 10,000 spectators. Many also were from southern Florida as we did a pretty large radio campaign to get folks to come to the park to see what pickleball is all about. I think that paid big dividends as well.

The 10 new DecoTurf courts constructed by Collier County just in time for the US OPEN, were a huge hit! They allowed us to have 50 pickleball courts on site. Also, the increase in shade was well received by players and spectators. The larger Landshark Beer Garden was the place to be for people to eat, drink, relax, listen to live music and live broadcasts from Radio Margaritaville, and watch matches playing on Championship Court on our new 80” TV!”

And what to look forward to in 2019 … Well, they are working on that STAY TUNED!

And let’s end this recap with two awesome videos that sums it all up:

I like this video because Alex Hamner and I are the first clip and I passed Cammy down the line. That was a rare moment as it is hard to get anything pass Cammy MacGregor! Dawson and MacGregor won that final. VIDEO: Amazing Live Stream Highlights from the 2018 Minto US Open Pickleball Championships. 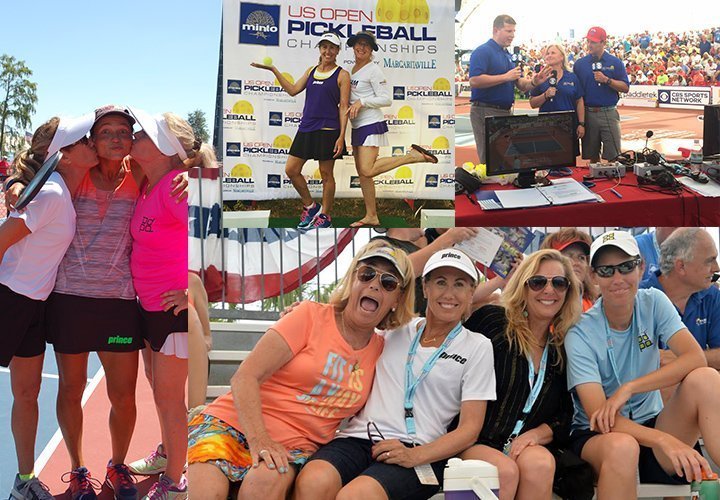 (Left) Simone getting a kiss from me and Alex. (Bottom right) Beverly Youngren, aka my mom, me, Kim and Gee Gee in the stands. 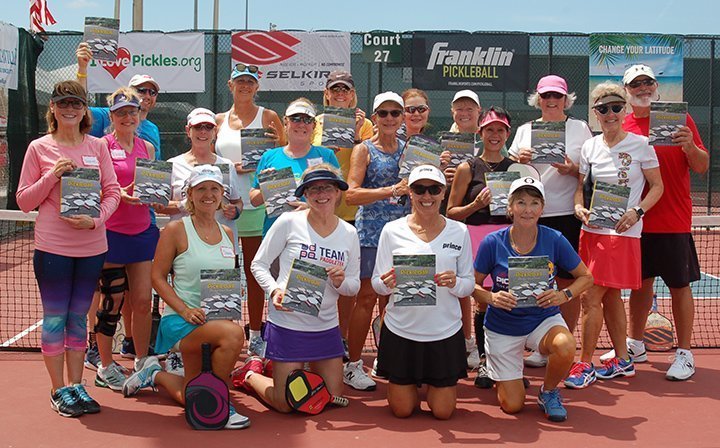 Students holding my just-released book: History of Pickleball – More Than 50 Years of Fun!