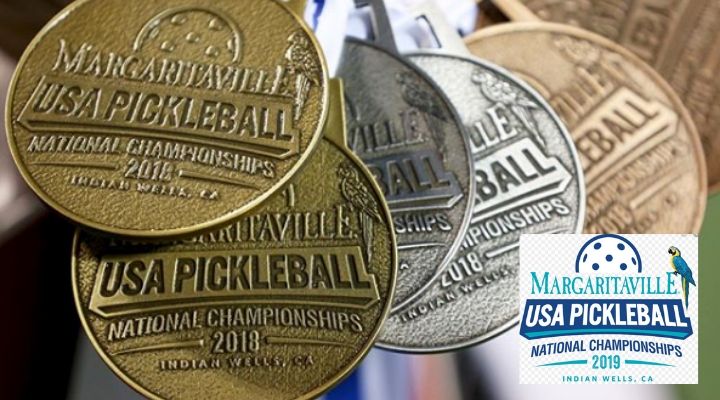 We are weeks away from the 2019 Margaritaville USA Pickleball National Championships, and again this tournament will offer the largest prize pool to date for the sport of pickleball. Last year they were the largest and this year they’ve increased the prize pool. Pickleball history in the making!

USA Pickleball Association (USAPA) states, “there will be a cash purse again this year for the Open and Senior Open Division winners. The prize amount is $80,000.”

And with 2,325 registered players, this will be the place to be! According to the USAPA, the breakdown is: 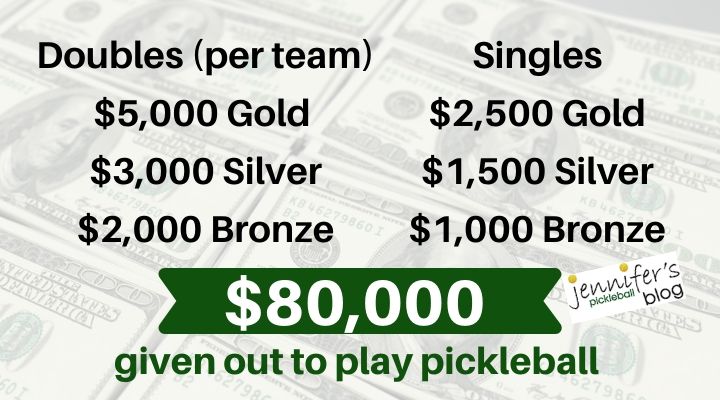 Some players and fans argue that senior players should not be paid equally, or even paid at all. The prize money should go to the young (in the pickleball world, that would be under the age of 50).  Other players and fans have shared that senior players (over 50) should be awarded equal or at least something because it is they who generally organize, run and ref the majority of tournaments. If you’ve read the history book, you would know that it is and has historically been the seniors who have spread the love of pickleball where they traveled and lived. This is why the sport has grown.

The Margaritaville USA Pickleball National Championships tournament was created and is owned by the USA Pickleball Association (USAPA). The majority of USAPA membership is and has always been seniors. So, based on that fact it makes sense that the USAPA rewards the open and open senior divisions equally.

USA Pickleball National Championships is sponsored by Margaritaville a global lifestyle brand. If you’ve heard of Margaritaville then you know all about the fun-loving parrotheads (me included), the fan club of the famous American singer-songwriter Jimmy Buffett. And guess what, his and Margaritaville’s demographics are… SENIORS. This link seems obvious to me, but apparently, it’s not on Margaritaville’s radar because their other pickleball sponsorship, the US Open rewards seniors far less. Maybe that will have to be another insightful blog post on my to-do list.