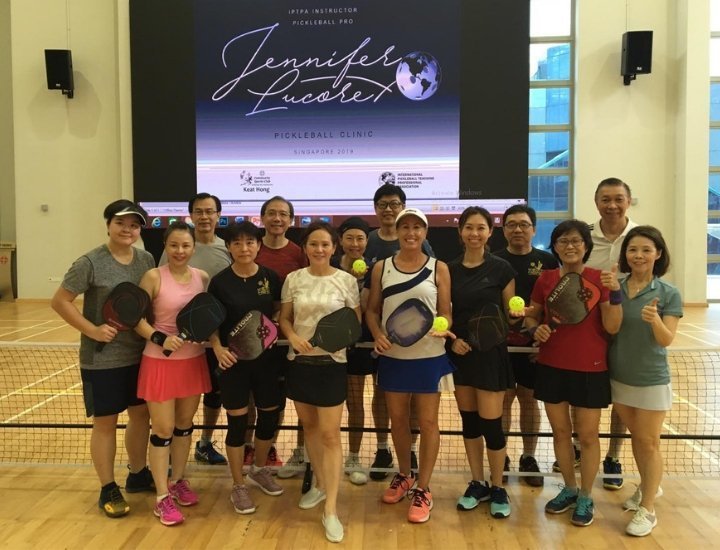 Pickleball in Singapore is alive and well. Following my Thailand adventure, I caught a quick flight to the diverse island of Singapore to explore, meet new pickleball players and teach a few clinics. Wow, this futuristic urban center boasts a blend of Malaysian, Indian, Chinese, Arab and English cultures and how cool it is…. Lots to see and do!

Singapore is one of the wealthiest countries in the world so it can be a bit on the expensive side, although, with regard to food there are awesome alternatives to restaurants–hawker centers (food courts). There, I really enjoyed eating and experiencing a wide variety of Singaporean foods.

Getting around on Singapore’s Mass Rapid Transit (MRT) is a pickleball travelers dream–easy and inexpensive. Because weather in Singapore is hot and humid year-round, the air-conditioned MRT is perfect. Singapore housing communities have great athletic facilities and many include pickleball courts… some air-conditioned! As a result, pickleball is mostly played indoors in gymnasiums.

My friend Janet Lye who has grown up and lives in Singapore shared that pickleball started in Singapore around 1988. Janet plays at Whampoa Constituency Sports Club Pickleball Interest Group and is a great advocate for the sport and a true international ambassador. She goes on to say:

We play mainly in what are called Community Clubs. Of the 108 community clubs in Singapore, there are about 35 clubs actively playing pickleball. Each club usually has about 30-40 members so it would be safe to say that there are about 800 players given the fact that some are a member of several community clubs.

In addition, there are also 3 sports hall that have active pickleball Interest Group playing. This would probably be 150 players in total. In total, a rough guide would be about 950-1000 pickleball players in Singapore.

Why do Singaporeans love their pickleball?

It started off as a sport to encourage the aging to be active in their lifestyle after retirement or housewives who have some free time in the morning to play a sport. In those days, tournaments were allowed only for 45 years and above. It became a sport only for the aged.

Over the last 10 years, the pickleball scene has changed to include younger players and the growth is tremendous. Many of us have turned to social media and google search to learn how to improve on the game and also how the rest of the world is playing this fastest growing sport!

Many Singaporeans are playing tournaments now as was the case during our Thailand trip. 34 players from Singapore traveled to the 1st Annual Hua Hin 2019 Thailand Open Tournament which as Janet put it “has indeed put the little red dot on the pickleball map.”

Social media has really helped pickleball communities worldwide come together fueling enthusiasm and growth of the sport. If you’re considering venturing off to a new place, use these tools for locations and contacts:

So, if pickleball in far-off lands is on your bucket list check out Singapore! From beautiful waterfront promenades to amazing cultural sights and from spectacular indoor gardens and the idyllic Supertree Grove to the observation tower on top of the Marina Bay Sands. And the food… 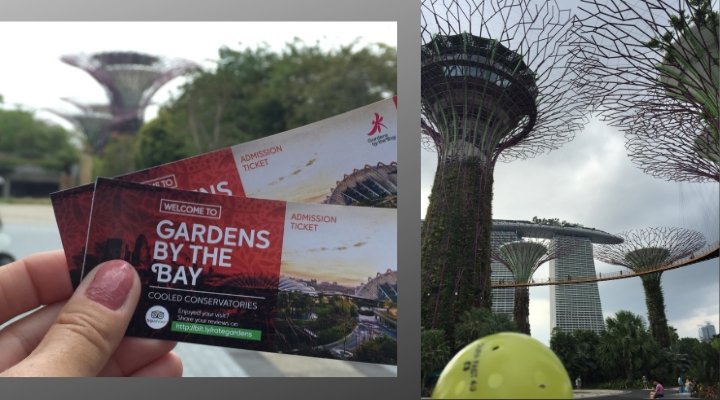 Did you enjoy the story? Then don’t miss future blog posts, SUBSCRIBE NOW! (See info at the top right of the page)  If you are a subscriber to my blog, then two days ago you received an exclusive invite which filled up in under 24 hours – good stuff! 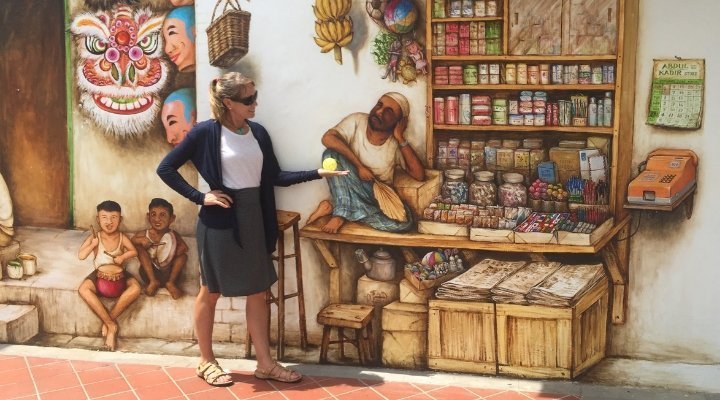 4 comments on “Pickleball in Singapore”

Lunchtime with @alexpickleball. Yes, I know, we AR

SHOWTIME ⏰ in one hour. Join us on their Faceboo

International Zoom Call - WOW💥 that was fun! I